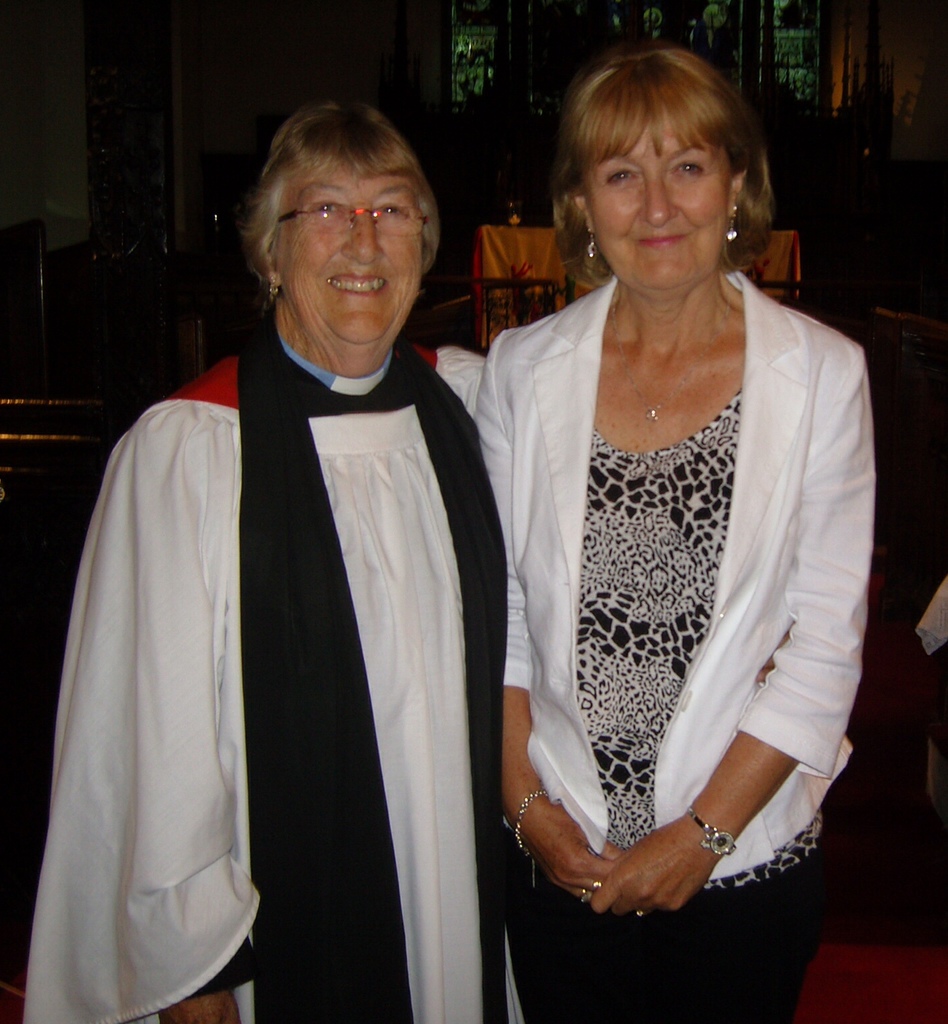 On 22nd May 1994 a number of women were ordained priest at Liverpool cathedral. That year it was Pentecost Sunday. The women were ordained in the morning and then went back to their parishes and presided at the Eucharist for the first time in the evening. So it seemed fitting that as Liverpool Diocese commemorated the event on Thursday 22nd May 2014 at Liverpool Cathedral, we would celebrate on Pentecost Sunday.

Liz with sister Georgina were joined by members of the congregation to mark this special occasion in the life of the C of E at Huyton together with members of St Ann's Church Rainhill where Liz exercised her priestly ministry for eleven years before retirement.

Its now 30 years since Liz was ordained deacon and has returned to Huyton Parish Church as Honorary Curate to continue her ministry as a retired priest not only supporting the vicar in particular but the ministry team in general. She initiated and organises Network 55+ together with a group of dedicated members. Liz has her own fb page where if interested you can see what she gets up to.