I searched for this website and I think it may be of interest to anyone keen to find out more about Huyton Parish Church.

Memories of Huyton Church- Help in my hour of need

Jennifer Hayes ( nee James and Evans as I was at this time) with a precious memory of St Michael's.

I had had a difficult period in my life and  my only refuge was to live and work in a hotel, with my son, in Shropshire. I suppose I was close to being destitute and the life we had was not a good start for my 5 yr old son. Ann Murphy, (Collison) was my long time school friend. I was pleased that Ann got in touch and we spoke of then and now as you do. Not long after I was contacted by…

Good News! A Church near you

Good news!!! We are now featured in the 'A Church near you' website. Find out more by going to:

Apparently over 2000+ people have searched for Huyton Parish Church so far!!

I (Georgina Collison) attended Huyton Parish Church Guides. We used to meet in the 'Guide hut' at the back of the church and later at Huyton College. I can't remember exactly who was in charge of the 3rd Guides but I think it was Pat Adshead and/or Barbara Learmount. Does anyone know? Years approximately 1964+. Thanks in advance.

When I was Christened - Ann Collison 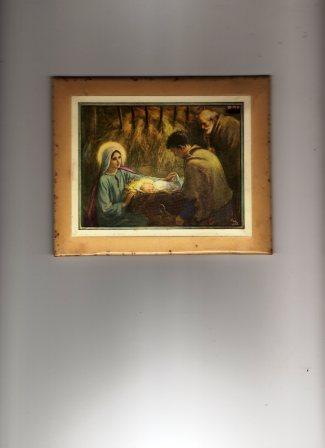 My (Ann Collison) earliest memories of Huyton Parish Church is when I was Christened at 5 years old along with my baby sister (Georgina Collison). I cried all through the service and recall the font being at the back of the church. I received this metal picture and on the back is written "Huyton Parish Church Sunday School 1955". I have cherished this picture since that day. I… Continue

My earliest memories of Huyton parish Church go back to when i was a schoolboy and played Cricket for Neston Cricket Club. I remember coming to play on the Huyton ground and seeing a gentleman with a beard peering over the fence watching the game. that was when the Vicarage garden came down to the cricket groud before The Garth was built. It could well have been Mr Lewis, the then Vicar. I never thought for one moment that I might be one of his successors. That was over 60 years ago.

My earliest memory of Huyton Parish Church is at the age of sixteen being invited to join the Youth Club. The club met in the GFS hut in the centre of Huyton Village. Regular church attendance was part of the deal. Us youngsters used to sit in the North aisle, usually messing about rather than participating in the worship. As we were in a corner we couldn't see what was going on anyway so to amuse ourselves we spent our time counting the various bits of glass in the stained glass windows.